Developed by Keen Flare, the studio behind Royal Revolt 2 and Olympus Rising (both App Store Editors’ Choice), Monsters with Attitude is a real-time PvP game where each arena is an entire planet with a fully-destructible environment. The more havoc your monster wreaks, the bigger and more powerful they become!

Inspired by the emergence of the IO genre – games like Agar.io and Slither.io – Monsters with Attitude is the realisation of one simple goal: to combine the entertaining core of these minimalistic games with the production values and sensibility of classic console multiplayer experiences.

Keen Flare was well-positioned to deliver this, being experienced in both mobile and console game development, and has created a graphically stunning game that guarantees a boisterous multiplayer experience whether you’re on opposite sides of the world or together on a couch. Expect frantic, back-and-forth matches in which crazy powerups can fuel late surges to victory – no multitap required!

Beyond the core gameplay, Monsters with Attitude is a radical love letter to 20th-century movies, music and fashion. The game begins with your diverse cast of playable monsters, each with their own abilities, embarking on an intergalactic road trip after being inspired by the styles and sounds beamed from Earth. This informs Monsters with Attitude’s aesthetic, and the game is peppered with pop culture references that transcend planetary boundaries.

Monsters with Attitude will be published by Flaregames, with Keen Flare continuing its long relationship with the publisher.

* Monsters with Attitude is already live on Google Play in select territories, but will not reflect the final experience until its global launch on 28th March. 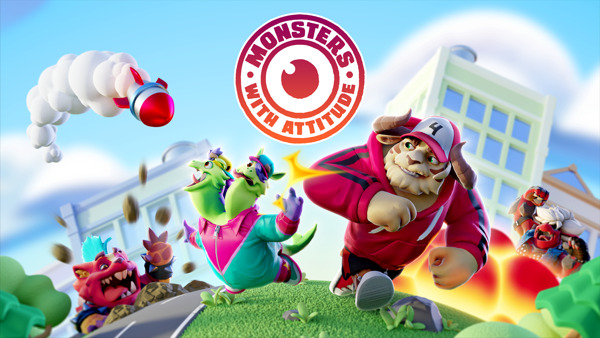