In Super Spell Heroes, players engage in quickfire battles against fellow wizards using simple colour-matching controls. To win a duel, players match mystical spells to damage their opponent, block against their moves, or quickly replenish their own health. Leaving a trail of fallen wizards in their wake, players will journey through magical realms while unlocking and upgrading new spells. Several playable characters can be discovered and levelled up along the way, from Tierra The Huntress to Lua The Voodoo Priest, each harnessing their own unique spells that enable fresh competitive tactics.

Super Spell Heroes is the latest release from the Flaregames Accelerator, Flaregames’ incubation program tailored to leading mobile game developers with projects in a mid to late stage of production. It was set up to provide developers instant access to Flaregames’ full free-to-play publisher skillset and acquire rapid validation of their game’s business case.

“Super Spell Heroes is a genre-breaking game with exactly the type of high quality presentation and deeply engaging gameplay we look for as a publisher,” said Keith Ainslie, Flaregames Executive Producer. “As for Sviper, they are a fresh thinking but highly experienced team of world-class developers who understand what consumers want from mobile games in 2018. In that vein, Super Spell Heroes contains a unique blend of fighting and puzzle game elements and an easy to learn, tough to master learning curve that’ll make it appealing to a wide audience.”

“With Super Spell Heroes, we believe we’ve developed one of the most accessible real-time battle games out there,” said Mark Bucholz, Sviper Co-founder. “We drew creative inspiration from a wide range of genre-defining video games like Street Fighter, Puzzle & Dragons and Hearthstone, but our end result is something truly unique. We can’t wait to see Super Spell Heroes in the hands of players worldwide.” 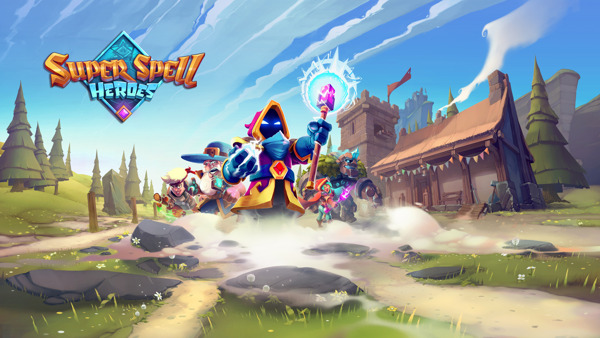