Nonstop Knight is a mobile action RPG that removes the stressful, sometimes tedious aspects deterring more casual audiences from the genre. Instead, the game takes the load off, leaving only the big decisions up to the player, such as unleashing special moves, evolving the character’s weapons and gear and unlocking items that enhance performance in a fight. The game’s playable character even continues to advance when a player has shut down his device*, taking on the task of amassing coins while that person is having a break.

The action centres around the eternal journey of a knight who in each moment is faced with hordes of fiendish enemies. Players support their knight with the use of just one thumb, selecting special moves and power-ups via an instantly understandable user interface designed for simple, on-the-go play. As the objective is to fight through a wave of enemy-infested levels, players will have an infinite adventure unfolding in their pockets. Best of all – players can relax and dictate the pace at which they tackle it.

“As major fans of action RPGs like Diablo and World of Warcraft, we find that such immersive gameplay experiences require significant time investment, particularly when starting out,” said Mika Kuusisto, Kopla Games CEO and co-founder. “Nonstop Knight is a totally stripped-down mobile action RPG that players can instantly understand and enjoy at their own pace. The adventure is totally accessible to a casual audience, but will also resonate with experienced gamers via the deep gameplay mechanics lying behind its simplistic interface.”

“A major game hook is the ease - and speed - with which you dive into a quickfire gameplay session,” said Klaas Kersting, flaregames CEO and founder. “In the past few years, both the mobile strategy and match-three genres have penetrated the mass market, thanks in part to simple but totally addictive game design. It’s now the turn of the action RPG to have this level of impact on mobile and we are delighted to have such a unique, genre-breaking game in our portfolio.”

Nonstop Knight is developed by Kopla Games (from Tampere, Finland) and published by flaregames (from Karlsruhe, Germany). Kopla Games was founded in 2015 by four seasoned developers, who initially teamed up while working on Rovio’s Angry Birds franchise. flaregames is a renowned, venture-backed mobile gaming developer and publisher best known for the award-winning Royal Revolt series.


*Game’s playable character advances regardless of whether a player is online during this break period. Closing a game session - e.g. to save your device’s battery life - during a break does not affect game progress. 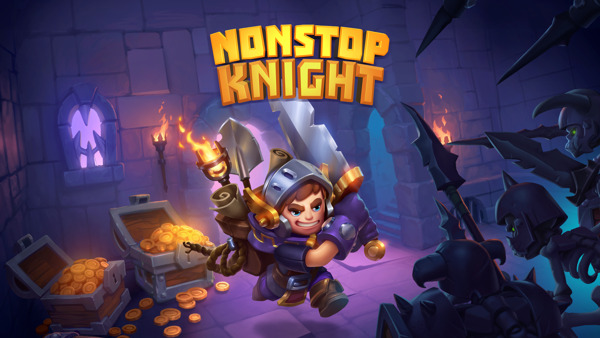