Set against the mystical backdrop of Mount Olympus, Olympus Rising challenges you to unleash the power of the Ancient Greek gods and build an army of legendary proportions. In a quest to conquer rival player’s islands and raid their treasures, collect a range of heroes such as Perseus, Hercules and Helen of Troy and use their unique offensive abilities to drive forward your troops. Earning Dominance for successful battles allows you to unlock more heroes and new islands to invade, while Gems enable you to level up heroes and increase their powers. To bolster your forces even further, discover fearsome creatures such as the Hydra, Minotaur and Cyclops by conquering specific islands on the world map!

To prevent rival players from demolishing your empire, showcase your superiority atop Mount Olympus by building an impenetrable acropolis. With invaders ever keen to breach your walls, construct a pathway that out-manoeuvres your foes and strategically position your base defenses using deadly tower structures and barricades. Spend your treasure wisely to preserve your dominance, with additional strategic options such as sending a Defense Fleet to protect your conquered islands.

Building the Alliance Hall of Uranus within your acropolis allows you to form Alliances with fellow players and create the ultimate empire. Members of an Alliance can donate Gold to their group and chat in-game to plot their Alliance’s ascent up the Hall of Fame. To ensure no betrayals occur, Alliance members can only test their friend’s city defenses and cannot conquer their islands!

Olympus Rising is the latest mobile game from Keen Flare, the world-class studio owned by flaregames and responsible for the Royal Revolt series of hit tower-defense games. “It’s incredible how much visual detail the development team have put into Olympus Rising,” said Klaas Kersting, flaregames CEO and founder. “The high-definition graphics really bring this stunning Ancient Greek world to life and we hope players enjoy building up their empire and conquering rivals with their army of heroes and beasts!”

“Our goal from the start was to create a mobile action MMO with highly addictive gameplay and console-grade visuals,” said Pete Walentin, Keen Flare CEO. “We can’t wait to see player feedback in the coming weeks and to watch the powerful Alliances being formed between friends across the world!” 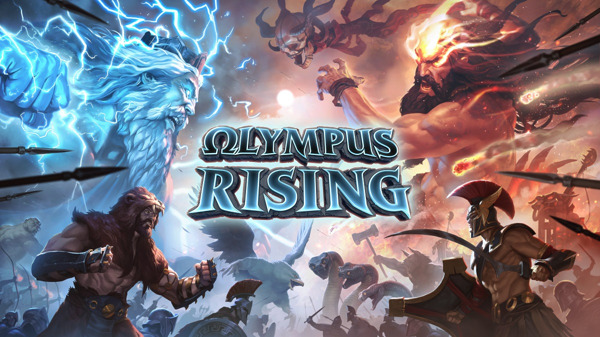