“We know from the success on iOS that Nonstop Knight resonates really strongly with Chinese players,” said Klaas Kersting, flaregames CEO and founder. “We are very optimistic about taking this step into the Chinese Android market and with MyGamez proving to be the perfect partner, the game has been in very safe hands.”

“The initial results are looking very promising and we’re excited to see the performance as the game goes live in the rest of the stores over the coming week”, said Mikael Leinonen, CEO and co-founder of MyGamez. “By launching already in December, we can make sure that Nonstop Knight will have full distribution coverage and good momentum well before the upcoming Chinese New Year peak season in late January.”

About Nonstop Knight-
Nonstop Knight is a mobile action RPG that removes the stressful, sometimes tedious aspects deterring more casual audiences from the genre. Instead, the game takes the load off, leaving only the big decisions up to the player, such as unleashing special moves, evolving the character’s weapons and gear and unlocking items that enhance performance in a fight. The action centres around the eternal journey of a knight who in each moment is faced with hordes of fiendish enemies. Players support their knight with the use of just one thumb, selecting special moves and power-ups via an instantly understandable user interface designed for simple, on-the-go play.

About MyGamez
MyGamez Ltd. is a Finland and China based publisher, specialised in publishing foreign mobile games in Chinese market. The company has developed a single entry point publishing model for the Chinese market, providing fast, safe and efficient access to 50 of the largest Chinese Android stores with single SDK integration. In addition to Nonstop Knight, MyGamez is known for publishing such global hit titles as Hill Climb Racing, Cut The Rope Magic and Doodle God Blitz in China. 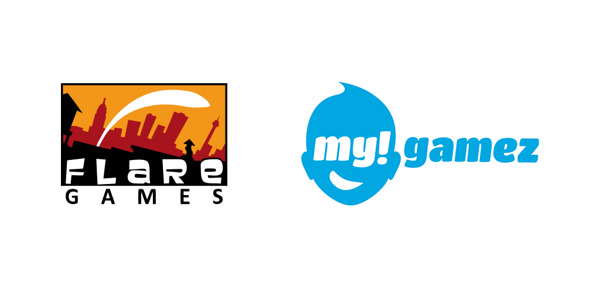